College Spun has done something quite interesting.  They have created an NCAA Tournament bracket with who they consider the 64 most annoying people are in the sports media industry.  Some things I guess I would disagree with are the following:

There are a few things I agree with.  If you are not a Jim Rome fanatic (which I am not really anymore) then you would probably find his show confusing and annoying.  Colin Cowheard can get pretty annoying as well from time to time.  Not sure how Paul Finebaum is less annoying than Skip Bayless but I guess he has great calls that can be used in the media so that makes up for it (by great calls I mean crazy hicks calling in and talking smack about everyone else in the SEC minus their school). 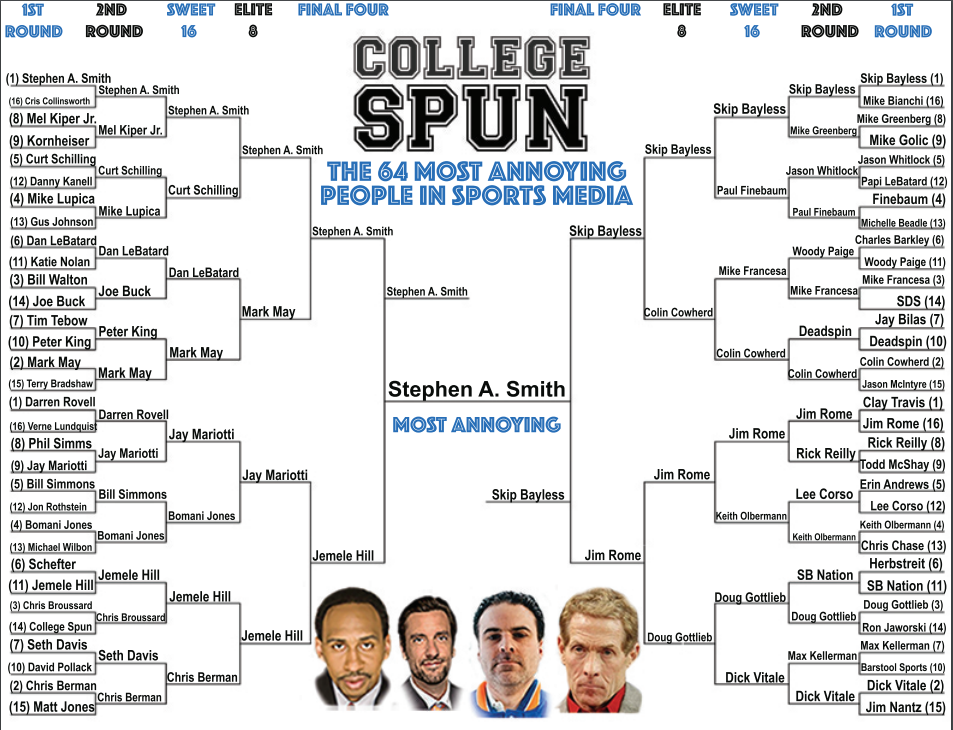 Here is a list of round by round with the results:

This site uses Akismet to reduce spam. Learn how your comment data is processed.